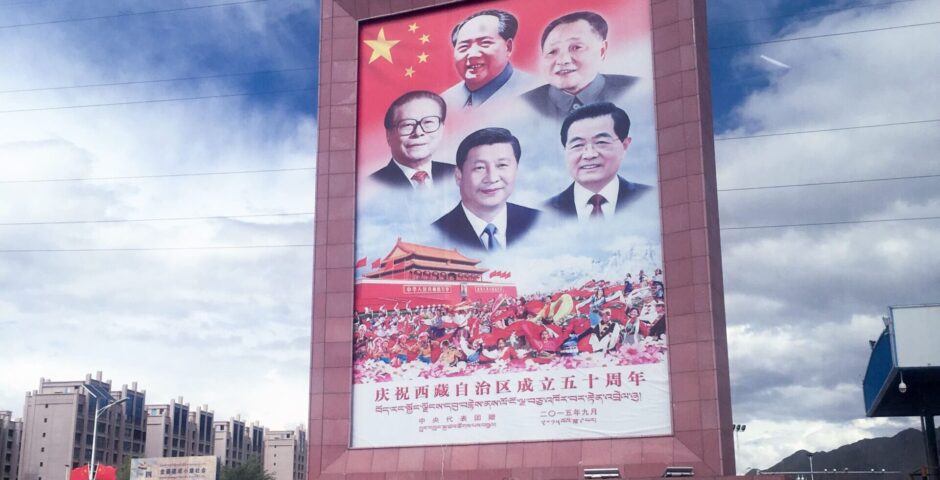 Today our guest writer Henk Keilman provides his perspective on authoritarianism and capitalism in China and the West, arguing that despite China’s successes, in the long run only democratic countries will succeed in providing sustainable economic prosperity.

The EU and its predecessors were founded after WWII for three key reasons: ending the endless wars on the European continent, creating an economic and political frame for intra-European economic cooperation, and embracing the values of liberal democracy. To a large extent the focus has been on economic cooperation and the creation of a single European market. The fact that all EU member states were liberal democracies, while a prerequisite for membership of the EU, was more or less taken for granted. However, these liberal democratic foundations can no longer be taken for granted. The “Strong Men” are on the rise, and authoritarianism is presenting itself once again, dressed in a slick twenty-first century disguise. Even the US, the world’s oldest constitutional democracy, was faced with a right wing fascist insurrection, induced by aspiring and would be strong man Trump and his Republican cronies. A shocking and almost unthinkable event in a country that has rescued Europe twice from the daggers of totalitarian barbarism, and was once seen as the global safeguard of democratic values.

The last decades have seen a rise in authoritarian and dictatorial regimes around the world. Russia has descended into a full blown dictatorship, ever since the recent change to the constitution made it possible for Putin to be president for life. Putin was able to change the constitution because he has virtually eliminated all opposition. As a result the Duma has become a rubber stamp institution, approving everything that Putin proposes. Political opponents are either discredited, assassinated or thrown in jail, and opposition parties are declared terrorist organizations and made illegal. In China, Xi Jinping has consolidated power, eliminated term limits on the presidency, and when the 2.924 member National People Congress ‘voted’ Xi to power in 2013 his was the only name on the ballot. Besides these two major world powers, there are the usual suspects, Kim’s North Korea, the Ayatollahs of Iran, Maduro’s Venezuela, the Junta in Myanmar, Duterte’s Philippines, Al-Sisi’s Egypt and Erdogan’s Turkey. The list is not exhaustive, and others can be added. Some democracies in Eastern Europe, even EU members, are sliding into degrees of authoritarianism, notably Hungary and Poland. While every situation and every country is unique, there are common denominators that explain the appeal of authoritarianism and that apply both historically but also to our present times. The rise of populism and nationalism, accompanied by endless streams of fake information and propaganda, the fear of uncontrolled immigration, the cultivated hatred of minorities, religious and ethnic divisions, and more typically a 21st century phenomenon, hyper capitalism spinning out of control. The latter created a class of new, stupendously rich billionaires, leading to a severe economic divide in the capitalist world. According to CNBC, in 2021, the top 1% of the US population has 16 times more wealth than the bottom 50%, a staggering number and a real problem. While these are real problems, populists and nationalists don’t offer real solutions, instead relying on slogans, propaganda and an instinctive craving for a strong man who will miraculously solve all problems.

Naturally those who cherish democracy, free speech, the rule of law as well as free markets and entrepreneurship, are alarmed. The strong criticism and condemnation of authoritarianism, is thereby not an act of “political correctness”, but an indispensable expression of civilized common sense. Many of the arguments that are used against authoritarianism are focused on violations of human rights, corruption, and oppression. While entirely correct, there is another less used argument that is equally relevant, namely that dictatorships cannot create long term prosperous economies. This is confirmed by historical data, and since both capitalism and democracy represent fairly recent developments in history, it is not difficult to observe this fact to be true. The impressive economic successes after World War II of the democratic, capitalist regions and nations of the world, Western Europe, North America, Australia, Japan and South Korea, speak volumes. Eastern European nations, too, that embraced democratic capitalism after the collapse of the Soviet Union in 1991, demonstrated similar economic success stories. Many studies have shown that the degree to which a country is subjected to totalitarian rule, is inversely related to economic development and overall prosperity for the general population. This argument is in my opinion one of the strongest arguments against authoritarianism, and will appeal even to those who are sentimentally attached to the myth of the Strong Man. It is an argument that could and should be used much more frequently and forcefully in criticising authoritarianism, and it is an argument that significantly strengthens the values and aspirations of the EU.

Free markets require a delicate balance of regulation and free enterprise, to be supervised by impartial regulators and the judicial system. While for instance the stock market is the eminent symbol of capitalism, it is at the same time one of the most regulated and supervised institutions. Only democracies are able to provide such, however imperfect, supervision and disciplined obedience to the rule of law. While there have been scandals, corruption and abuses, these are usually uncovered followed by severe punishments of wrongdoers. Dictatorships are inherently corrupt because they abhor and eliminate checks and balances, suppress any form of criticism, and are therefore unable to instil the discipline that a free market economy requires. They govern through lies and propaganda, often make erratic decisions, and engage in nationalizations and expropriations when it suits them. The saying: “Power tends to corrupt and absolute power corrupts absolutely” spoken by Lord Acton in the nineteenth century, has become a timeless and indubitable truth. The totalitarian dictatorships and the wars they ignited in the twentieth century have silenced anyone who doubted this truth. Totalitarian or authoritarian governments may succeed economically for a while, especially in times of crisis, or when starting from scratch. Chile under Pinochet or South Korea under Park Chung Hee eventually developed successful economies, notably because they eventually turned into democracies. China under Deng Xiaoping was also successful, for one because he started almost literally from scratch. After Mao died in 1976, China was one of the poorest countries in the world, caused by Mao’s colossal mismanagement of the economy. His successor Deng Xiaoping started his capitalist reforms beginning a period of unprecedented growth where China’s GDP grew from US$ 191 Billion in 1980 to US$ 14.7 trillion in 2020, and per capita income grew from US$ 195 in 1980 to US$ 10.500 in 2020. The state capitalist model worked fine since China was starting from zero, there was nothing to lose and its massive workforce of 1.3 billion people were willing to work hard. Deng also rolled back some of the personality cult surrounding Mao, eliminated the position of Chairman of the Party, and introduced term limits to the position of President. However, he did not abandon one party, dictatorial rule, as was painfully demonstrated on Tiananmen Square in 1989.

When Xi Jinping came to power in 2013, a lot of things changed. Xi reintroduced the personality cult, removed term limits on the presidency, reinforced nationalist sentiments, and reinstated all of the sharp edges of the totalitarian system that has ruled China since Mao came to power in 1949, now with the help of powerful digital technology. Xi is trying to re-establish traditional communist Marxist values that are fundamentally incompatible with the capitalist way China has been running its economy for the last three decades. To be a successful capitalist billionaire in China today is dangerous, as many of them have disappeared, silenced, their assets confiscated, or persecuted for reasons that are deeply suspicious. According to Aaron Friedberg, politics and international affairs professor at Princeton, “Concentrations of great wealth, especially in the hands of private business executives as opposed to state-owned-enterprises, enable the exertion of influence and are therefore a potential threat to the Party.” There is no doubt that the Chinese dictatorial system of government is by its very nature deeply corrupt, and eventually this will have an effect on the economy. While many believe that the Chinese experiment of state capitalism can work successfully for the long haul, I think this unlikely. The recent near failure of one of China’s largest real-estate companies is a symptom of the inherent inefficiency of State Capitalism, and many economists have serious doubts about China’s growth numbers. For China to make the next step towards a sustainable and sophisticated market economy, with its rigorous discipline, tedious oversight and cumbersome time consuming checks and balances, it will eventually have to change its political structure. The Chinese Communist party derives its legitimacy and support from sustained economic growth, and if the economy fails, its legitimacy will be threatened. The only alternative to the erosion of legitimacy is to play the nationalist card, creating an atmosphere of international tension, fear and the threat of war. This is happening already, as China has grown increasingly belligerent towards its neighbours and the recent threats against Taiwan are of serious concern not only to its immediate neighbours, but to global stability.

Market economies rely on innovation and an entrepreneurial spirit, and the confidence that the successful business you have built with hard work and by taking personal risks, cannot just be taken away in a moment by some communist apparatchik or the nephew of a dictator. Market economies also rely on a level playing field and fair competition, which in turn rely on carefully crafted bi-partisan legislation and judicial oversight. Without these political instruments it will be impossible to create a sophisticated and sustainable market economy. In the end even China will not be the exception to this rule. The EU model of government, embedded in democratic capitalism, is something EU citizens can be proud of as it represents an excellent model for sustainable economic prosperity, especially when compared to the alternatives.

Henk J. Keilman was born in a village near Amsterdam on Oct 7 1953. Henk has a background in philosophy, history and economics. He is an entrepreneur and investor and has made investments in telecommunication, technology and renewable energy, such as wind and solar. 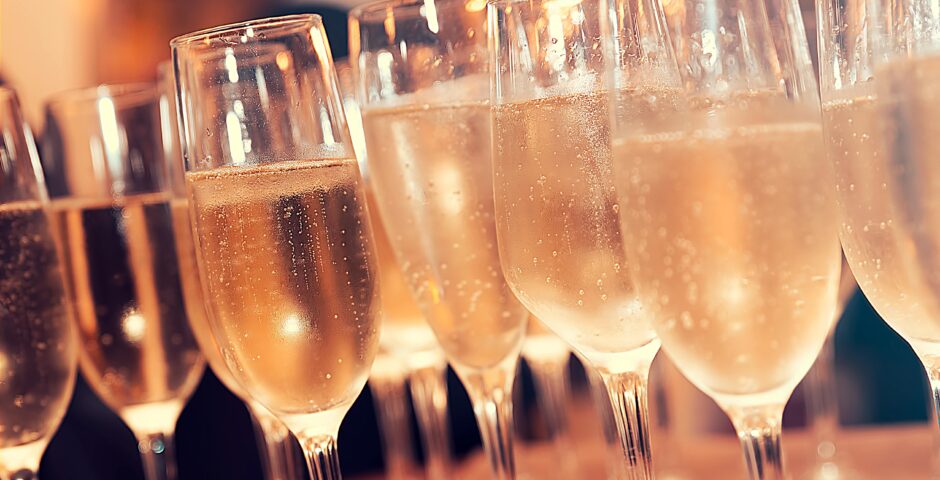 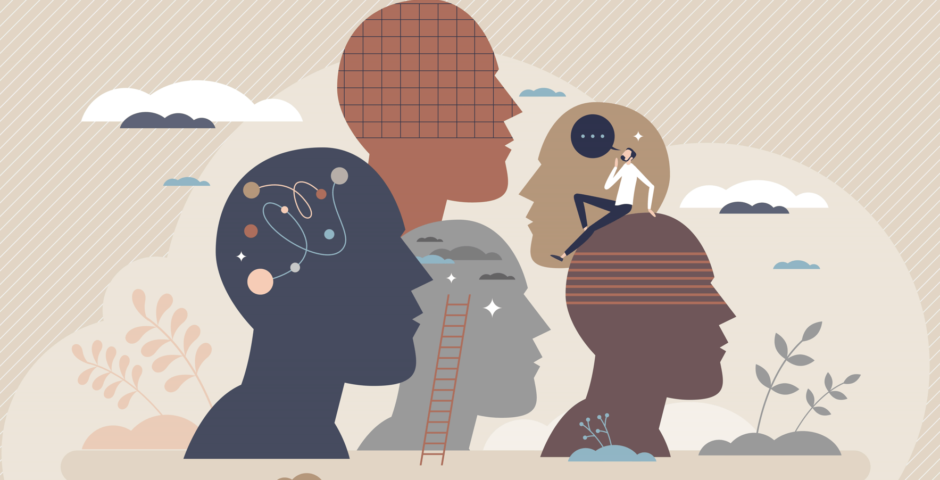