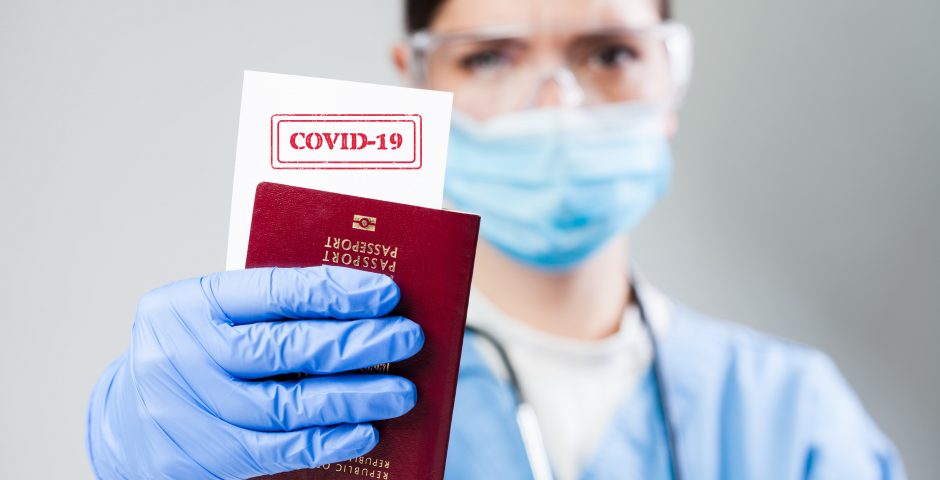 ‘Infectious diseases, like Europeans, cross borders’. It is a statement that feels a bit obvious in the midst of a pandemic, but when it was penned down by some intern at the European Commission back in 2018 it was nothing more than an ominous warning of how a hypothetical disease could seriously derail European society (yeah, the irony is strong in this one). Back in the days when corona was still nothing more than a beer brand, or for the Disney fans; the name of Rapunzel’s kingdom, the European Commission published a roadmap to strengthen cooperation against vaccine preventable diseases. An important action in this plan was the development of a so-called ‘common vaccination card/passport for EU citizens that is compatible with electronic immunisation information systems and recognised for use across borders, without duplicating work at national level.’ This European Vaccination Passport had to ensure that people could quickly see which vaccinations they had already received and whether they needed any new ones, both at home or when travelling abroad. Implementing this at the EU level would make it a lot easier to oversee which citizens are vaccinated against which diseases and whether the WHO herd-immunity percentage of 90% of people vaccinated is met across each member state.

The original timeline for this idea was to study the feasibility of such a document between 2019 and 2021 in order to be able to come with an official proposal in 2022, and then the unthinkable happened. One would assume that an actual pandemic would be the ideal moment for such a standardised document, but instead of speeding up progress on the proposal the entire idea was put on hold in the spring of 2020. How is it that a vaccination passport that was already in the making suddenly became a major stumbling block for the EU? Well, that decision might have had less to do with the actual passport and more with the EU’s new crisis management strategy.

From immunity passport to vaccination passport

In the summer of 2020, when the first wave had just passed, a cautious discussion broke out about whether or not to register people who had been infected with corona and had recovered. The argumentation behind this plan was: ‘if you had already been infected, why still comply with all those restrictions?’. This led to the idea of a so-called immunity passport. People who had been infected with corona should in theory be protected against reinfection and should be allowed, via an immunity passport, to resume their normal daily lives. Most people were not keen on such an arrangement, because even now there is still much uncertainty about how immune people who have had corona are to reinfection. A previous infection is no guarantee that you will not transmit it to others again in the future. With the start of 2021 and the introduction of the much desired vaccines, the debate intensified once again and turned to the idea of a vaccination passport. Such a certificate would carry enough legitimacy to be used as a safe and regulated method to guide Europe ‘back to normal’.

The debate on a document for vaccinated people reached another turning point in early 2021 when Member States also started to think concretely about whether or not to introduce vaccination passports. This is also the point where it becomes clear why the idea of a European vaccination passport was so problematic for the EU. The European Member States were split into two camps of supporters and opponents. On the one hand, you had countries such as Cyprus, Denmark, Estonia, Hungary, Poland, Portugal, Spain and Sweden. These countries announced pretty early on that they would start working on a national vaccination passport so that people can prove that they have been vaccinated against COVID-19. On the other hand, countries like the Netherlands, France, Belgium and Germany were reluctant to introduce a vaccination passport, fearing that the document could be used to discriminate against people who could or would not be vaccinated.

Greek Prime Minister Kyriakos Mitsotakis asked the EU to work on a European version of the vaccination passport that could be used by all Member States. He said it was important to have a single passport to facilitate international travel and avoid problems at the borders. At the time, the President of the European Commission, Ursula von der Leyen, reacted positively to the proposal, but a European vaccination passport was at that time, in february, still unthinkable.

France and Germany both disagreeing on a European proposal is quite impactful. Both have traditionally been the most powerful countries in the European system because of their symbolic position as the founding fathers of the union and the size of their population, which gives both considerable leverage during the QMV voting process. The yay-sayers were mainly the southern European Member States that are heavily dependent on the tourism sector. Another summer season full of cancellations, mandatory quarantines and negative travel advice is gonna have detrimental economic consequences for these countries. The EU could not take a clear position on a vaccination passport without upsetting some of its members. The same North-South split that had also become visible during the European debt crisis was back.

In a situation in which 27 parties need to agree on something it is not strange that consensus is not reached immediately. The EU is all too familiar with this and the clear rift between proponents and opponents was not the only issue at play during the realisation of an official EU corona travel document. Furthermore, this discussion had a major impact on something the EU has been struggling with for some time: its image. There are two prevailing stereotypes about the EU among Eurosceptics that are diametrically opposed: The EU as the big meddler that decides everything, and the EU as a money-grubbing bureaucratic monster that gets nothing done. Whether the EU chose to introduce a European passport or not, it would reinforce one of these existing narratives. In case the EU implements the passport, it might alienate a section of the European population that is already not positive about the European institutions. Studies have shown that there is a correlation between the number of people who are Eurosceptic and those who are opposed to vaccinations.* If there is an EU-regulated document that excludes people who cannot or will not get vaccinated, a scapegoat will quickly be found.

It was also an option for the EU to leave the creation of passports to the Member States themselves. The consequences of this option were already slowly becoming apparent during the spring of this year. With governments and private organisations introducing their own covid passport, it was already becoming difficult to make sense of all the different options out there and what their qualifications would be. What if you want to travel to a country that requires a vaccination certificate as an entry requirement, but your own government does not issue any certificate at all? This situation would also reflect negatively on the EU, for how can it be that such a large institution cannot manage to create unity in its own bloc?At first it appeared that the EU would be faced with a choice of which the outcome would always be negative. But a few months later the plans for the Digital Green Pass were announced without too much backlash. And that was not a coincidental occurrence.

The EU seems to have learnt from the valuable lesson it received during the Euro Crisis on how not to handle crisis situations and is applying this wisdom to its handling of pandemic politics: the Member States take care of things on stage, but the EU is busy behind the scenes giving directions. We should not forget that the European Union suffered enormous reputational damage during the Euro crisis. It was the European Council (where the heads of state of the Member States meet) that managed to largely restore the situation. The same key role now seems to be reserved for the Council yet again during the pandemic.

At a meeting of the European Council on 25 February, Europe’s leaders themselves agreed that there should be a European vaccination certificate. This makes it seem as if the 27 Member States have come to a solution together, but this is not entirely true. The European E-Health Network had already published guidelines on 27 January that describe the requirements that a possible vaccination passport needs to fulfill. The Commission had already done the preliminary work while it gave the Member States time to reach the conclusion that the EU itself could not make in the public eye. After the Member States had cut the proverbial knot, the EU could quickly step up and elaborate on what it had already quietly been working on. And by quickly I mean really quickly. Three days later, on the first day of March, the news came out that the European Commission would come with a proposal in less than a fortnight; a proposal that laid the groundwork for the digital document that can be used by almost 450 million people this summer.

It seems that the EU has found its role in crisis situations. Cooperation at the European level is desperately needed to find solutions, but in times of need, people do not want these solutions dictated from a supranational level. The EU, too, seems to have learnt this by now. The reputational damage suffered during the Euro Crisis and Refugee Crisis has still not been fully repaired after a decade, but Brussels has learnt not to be the scapegoat again during times of crisis by letting the Member State take the lead, with the Commission being content with a place in the ensemble. Because as it turns out, 27 governments can sometimes make less controversial decisions than one EU Commission.

Linda den Bol has obtained a Bachelor’s degree in History from Radboud University and is currently pursuing her dual Master’s degree in European Governance at both Masaryk University and Utrecht University. She is also a research intern at The Netherlands Scientific Council for Government Policy (WRR). 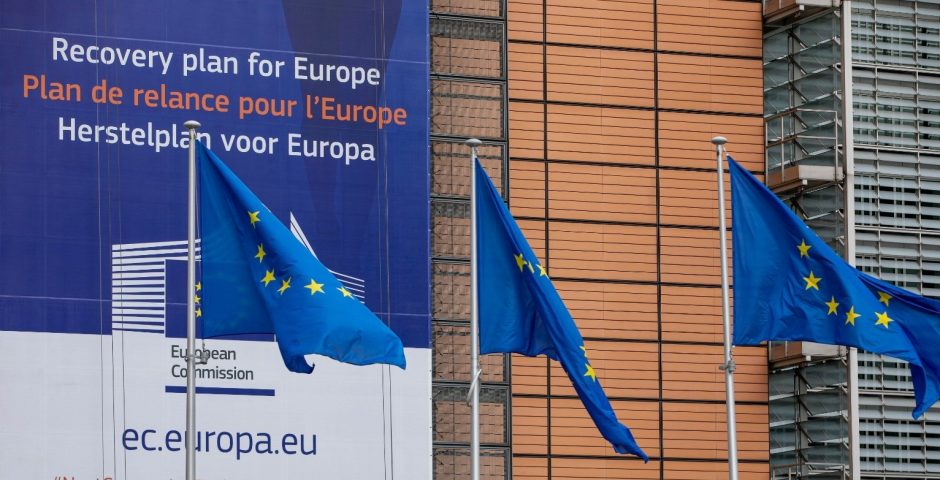 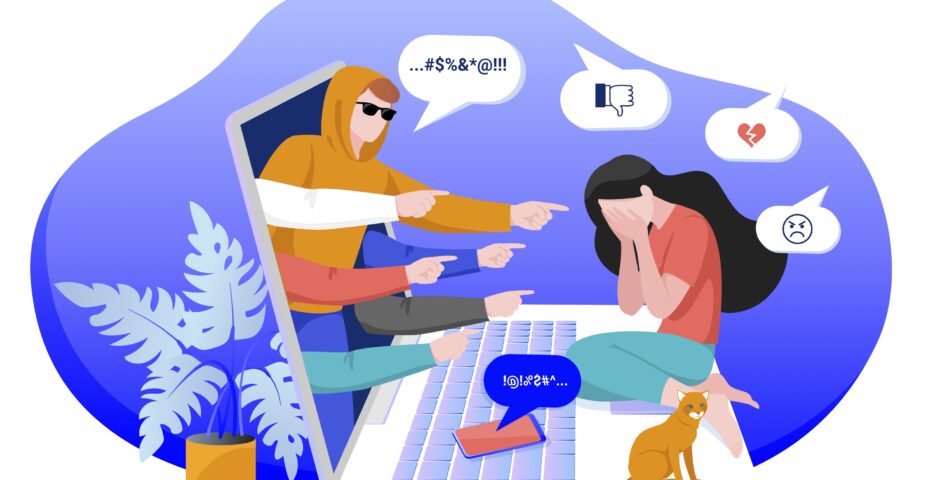