The European Union deserves a more optimistic debate. I founded the Shaping Europe platform to offer a place for those who want to contribute to a better Europe with constructive ideas. As Chair I work to build-out and represent Shaping Europe. I graduated in political science and European law. I currently work at a big tech firm, previously I’ve worked in the European Parliament in Brussels.

Fact-based and easily accessible analysis of European policy is necessary for the EU to move forward – I joined Shaping Europe to support a platform that does just this. As Secretary and Treasurer I work on internal organisational processes, stakeholder management, and financial questions. I graduated from the Rijksuniversiteit Groningen with a master’s in International Business & Management, after which I started working for a European consultancy firm.

Shaping Europe wants to bring forth constructive ideas to make the European Union better. The European Union is key in achieving prosperity for all. My personal mission is to provide a more nuanced debate about the EU and its complexities. I currently work as advisor public affairs at Schuttelaar & Partners after graduating from Utrecht University with a master History of Politics and Society. 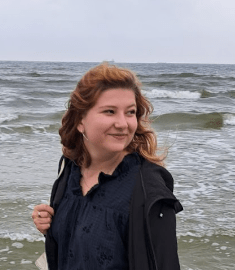 As both a Czech and Dutch citizen of the European Union I have experienced the importance of cross-border politics in my daily life. My personal goal within Shaping Europe is to educate people on what the EU does and how European policy-making makes our lives easier while at the same time pointing out legislation and policies that could be improved. I also like to write about Europe’s many cultures and histories. I have a double-degree in European Governance (Masaryk University & Utrecht University) and am currently employed as government trainee at the Dutch province North-Brabant.

For me, Shaping Europe is a space to participate and give youth a say in an open political discourse. Only if we make EU politics, such as policies, accessible and understandable to everyone, we can have engagement from all parts of EU society and build a viable discussion that is able to influence the EU’s legitimacy positively. I finished my Bachelor in Economics and Japanese Studies at Martin-Luther University Halle/Wittenberg in 2019 and obtained a double degree in European Governance at Masaryk University Brno and Utrecht University. Currently I’m pursuing my dream of working in Brussels in European politics.

A constructive dialogue about the European project is needed more than ever – I joined Shaping Europe to participate in this endeavour and contribute with accessible and meaningful research. After graduating International Relations and Crisis and Security Management, I currently work as a Research Analyst at VVA Group on EU Environmental Policy.

As a ‘Brexpat’ the mission of Shaping Europe for me is also a personal mission – to critically analyse European policy and make this accessible to the public such that we can have informed debates about political issues. I fulfil an advisory role, helping to create a strategic vision and establish sustainable governance for the organisation. I currently work for IKEA as their Digital Ethics Leader and have graduated from Leiden University with a Masters in International and European Governance. 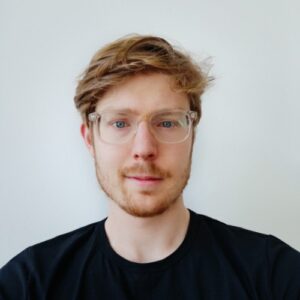 For me, the founding ideas of the European Union have always presented a wonderfully optimistic view of human society. A view which sees it possible to bridge the gap of understanding between widely different cultures from across a continent and to build a common prosperous future for all. Of course reality is messy, acting in unison with so many different countries is complicated. Hence, for me Shaping Europe is about engaging in a constructive yet critical dialogue to both improve and better understand the EU and its complexities.

The EU is a very interesting entity that I would like to analyse and cover more through Shaping Europe. In my opinion, there isn’t enough constructive debate about the EU, I hope to contribute to a more balanced debate with positive solutions. I graduated in Political Science and International Relations at Leiden University. At the moment I am a trainee at DisGover where I will work for various governmental organisations.

The European Union is often seen as a complex political institution because of the many different divisions it has. My contribution to Shaping Europe mostly focuses on making this complex system understandable by showing the influences its policy has on the daily lives of Europeans. I am currently a MA-student in East European Studies at the University of Amsterdam and have previously obtained bachelor degrees both in Russian Studies and History, the latter with a focus on European cultural history.

To me, the EU is an interesting political entity. I like to analyse the (political) history of European integration and reflect on current EU affairs. As a member of Shaping Europe’s Editorial Team, I hope to be able to contribute to making the EU comprehensible to a larger audience. I hold a Bachelor of Arts in European Studies from the University of Amsterdam, with a major in European History. I am currently pursuing a master’s degree in Political Science at Vrije Universiteit Amsterdam with a specialisation in Democracy, Power and Inequality.

During my bachelor’s, I did a major in International Governance at the Utrecht School of Governance (Utrecht University), where I learned a lot about the European Union and its challenges, complexities and affairs. I just started my master’s degree in Crisis and Security Management, where I specialize in Governance of Crisis. As a member of Shaping Europe’s Dutch editorial team, I aim to write interesting articles on lesser-known European issues. 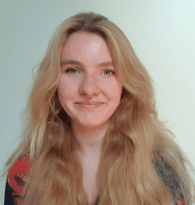 During my bachelor’s, I have learned a lot about various geopolitical and security issues the European Union faces. I want to contribute to Shaping Europe by focusing on these internal and external threats and by explaining how the EU deals with these issues. I am currently pursuing a master’s degree in Crisis and Security Management with a specialisation in Intelligence and National Security at Leiden University. Previously, I finished my bachelor’s in Liberal Arts and Sciences at Utrecht University with a major in International Relations at Utrecht University.

George is a graduate of the LL.M in European and International Law at the University of Amsterdam and a European Studies alumnus. He has a keen interest in EU Policy and Regulation, particularly in Competition, Sustainability, Risk Regulation, and Foreign Affairs. As a frequent contributor to student publications, he’s written on a variety of both contemporary and historical European topics such as big data and surveillance capitalism to Kosovo and the EU’s external action service.