This year has seen Europe face the possibility of all out war on the continent, following Russia’s invasion of Ukraine. Relations between Russia and the rest of the world are at an all time low. Financial sanctions have, to a degree, closed Russia’s economy off from the rest of the world. Russians cannot use their bank accounts abroad, oil exports have been sanctioned and Russia has been excluded from the Swift banking system – effectively isolating it from the world financial market. Individual financial sanctions have been placed on Russian oligarchs that have a strong connection to the Russian government. One of the most high profile cases has been the sanctioning of Roman Abramovich, the Russian businessman and former Governor of Chukotka, and the forced sale of Chelsea football club, in which he will receive none of the money from the sale which is estimated to be $5.2bn. Further sanction on Abramovich has occurred in further jurisdictions like the island nation of Jersey, where $7billion worth of assets have been frozen. It is highly likely that further sanctions will be placed on this individual, and other key individuals, as a means of applying further pressure on Vladimir Putin to pull out of Ukraine.

The EU’s joint response has allowed visa free travel for Ukrainians, a dedicated help page has been set up, here, that gives a clear overview of the EU’s response and a list of organisations and services that can help Ukrainians wherever they have taken refuge in the EU. NATO and non-NATO members in the EU have mobilised military aid worth billions of euros to help Ukraine fend off the Russian invasion ranging from anti-tank missiles to aircraft and other such hardwear. Clearly, transnational institutions and national governments of the world are united in showing support for the Ukrainian people.

Across the European capitals, major anti-war demonstrations occurred in the first weeks of the conflict. Since the beginning of this conflict Europe has stood in solidarity with the Ukrainian people. According to the UN, 5.7 million Ukrainians have fled and taken refuge across Europe, with 3.1 million of these taking refuge in Poland. In Europe, there is an up-coming high-profile live public event where Europe can show its solidarity with the people of Ukraine. The Eurovision Song Contest.

What has the EBU, the broadcaster, done in response to this conflict? What justification did the EBU give?

The European Broadcasting Union (EBU) which broadcasts the competition, said: ‘The decision reflects concern that, in light of the unprecedented crisis in Ukraine, the inclusion of a Russian entry in this year’s Contest would bring the competition into disrepute.’ The EBU has previously suspended members from previous competitions for reasons such as unpaid membership fees and for a national broadcasters’ inability to protect press freedom. Therefore, we can see that there is a clear precedent for the EBU to suspend membership when needed, and that this is a justified decision. 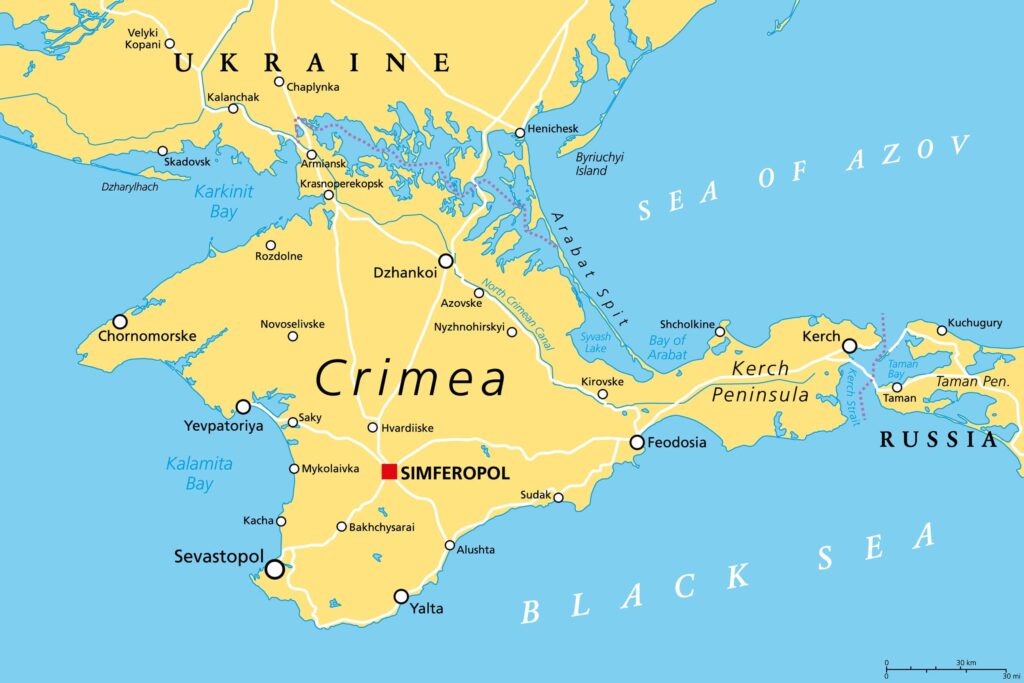 Further action was taken by the Ukrainian broadcaster network over issues relating to the first act that was to represent the country this year. Ukraine’s original act was dismissed because she had illegally entered Crimea (which was annexed by Russia in 2014) in breach of Ukrainian law (for an in-depth piece of how one enters Crimea legally and illegally click here). Under this law, one can only enter Crimea through Ukraine via the ‘control point for entry and exit’. If you were to enter Crimea via Russia, an individual could be banned from entering Ukraine in the future, as they had not respected Ukraine’s sovereignty over the area. As stated:

‘Ukraine, however, warns foreign nationals that anyone entering “temporarily occupied Crimea” without Kiev’s permission and without crossing an official Ukrainian border may be banned from future entry to Ukraine.’

According to an investigation into Alina Pash’s travels in 2015, the original act chosen to represent Ukraine, she had broken this law. As a result, she voluntarily withdrew from the competition and apologised for this incident.

Why does a song contest matter?

We have seen a united response from the governments of the world. Transnational institutions such as the European Parliament, the United Nations General Assembly

and the European Court of Human Rights have condoned Russia’s aggression, and in response Russia has ceased its membership of the latter organisation.

The people of Europe are obviously concerned about the situation in Ukraine. Devex estimates that approximately $5 billion dollars has been raised by the public alone. However, this data is hard to compile and is not certain. In the past, we have seen the success of international charity events such as the music festival Live Aid, which was successful in raising public awareness and money for a noble cause – starvation in Ethiopia. In the case of the Eurovision, we could see similar support being shown via a vote for Ukraine. Last year 180 million people watched the Eurovision. If Europe votes as a collective for a Ukrainian win it will symbolise a collective belief that we are standing together against military aggression. As the Eurovision winner is decided partly by a public vote in each country (Televoting results), we will be able to see if public sympathy translates into votes for Ukraine.

In the venue itself we expect the Turin crowd to be waving Ukrainian flags and the acts of each country to show support to Ukraine in one form or another. At the end of Germany’s winning song, the act displayed the back of his guitar with an anti-war message. These small acts of kindness may seem insignificant, but collectively will send a strong message on the night.

Even though a win will not bring the war to a nimbler end, it will send a message to the Ukrainian people that we support them and that we will use every channel and chance we have to reaffirm this commitment.

What happens if Ukraine wins and they cannot host the contest the following year?

Will a Ukrainian victory be seen as a sympathy vote?

Even before the war, Ukraine’s entry was predicted to finish in the top 5, as they had done the previous year. In their previous fifteen appearances, Ukraine has finished in the top 10 in 9 of them. Given Ukraine’s previous relative success in the song contest their track record repudiates the idea of a mere sympathy vote.

The last time Ukraine won the competition was in 2016 with the song 1944 – which can be listened to here. This emotional song is based on the deportation of Crimean Tatars and the underlying message of the song holds true today.

‘When strangers are coming…

They come to your house,

They kill you all and say,

Where is your mind?

This opening verse echoes similarities between the events that happened in the aftermath of World War II and today’s conflict in Ukraine. Amnesty International has already reported that Russia could be committing war crimes. These claims are also supported by Human Rights Watch own investigation of events where it has had reports of rape and executions committed.

Ultimately if Ukraine wins, then nothing will change and the war will continue. Ukraine needs military aid, not a musical show. The harsh reality is that Europe needs to balance its own security concerns with support for Ukraine. Any sign of NATO/ EU direct involvement may plunge Europe into all out war, something unheard of for generations. Europe, and its transnational partners, are in a difficult position of walking a very thin line between giving aid and training to the Ukrainian military but no troops.

While the Eurovision is a non-political event, it will show the world that the people of Europe support Ukraine. If the betting odds are to be believed, Ukraine has a 45% chance of winning, while the next favourite only has a 13% chance. After the winner is announced, and the televotes are in, we will be able to see how united the public is in showing its support for Ukraine. This year’s Eurovision will be of great significance as it will likely be the year Europe voted to send Eurovision to Ukraine and show the Ukrainian people that they are not alone.

‘We could build a future

Where people are free

to live and love.

Where is your heart?

Finn McCartney has previously obtained a BA in European Studies, majoring in European Economics, and a MA in European Policy from the University of Amsterdam. 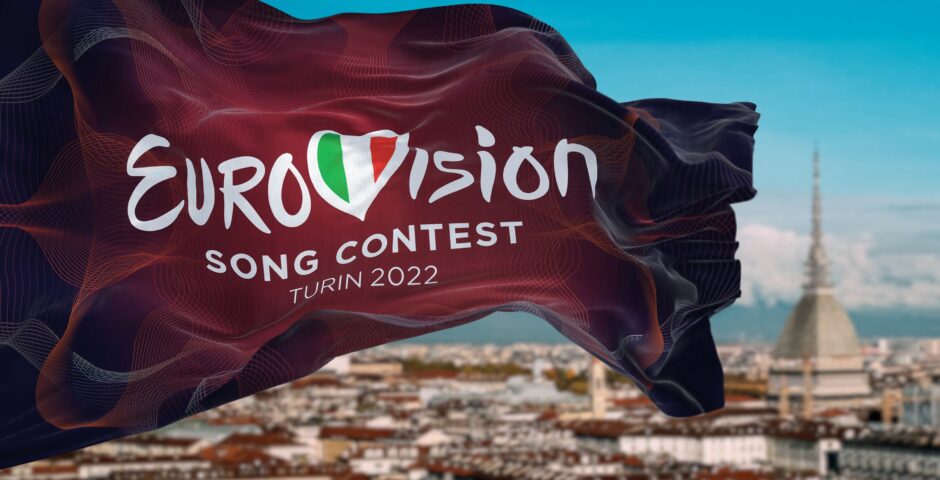 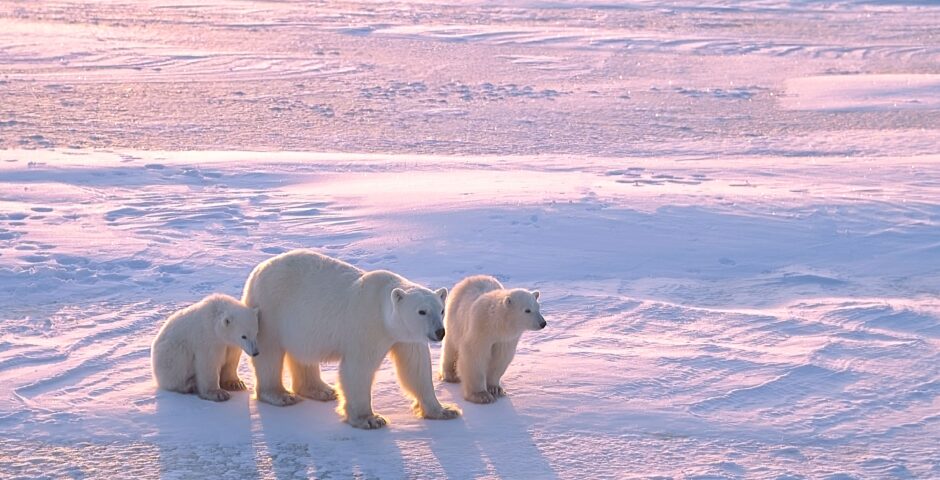 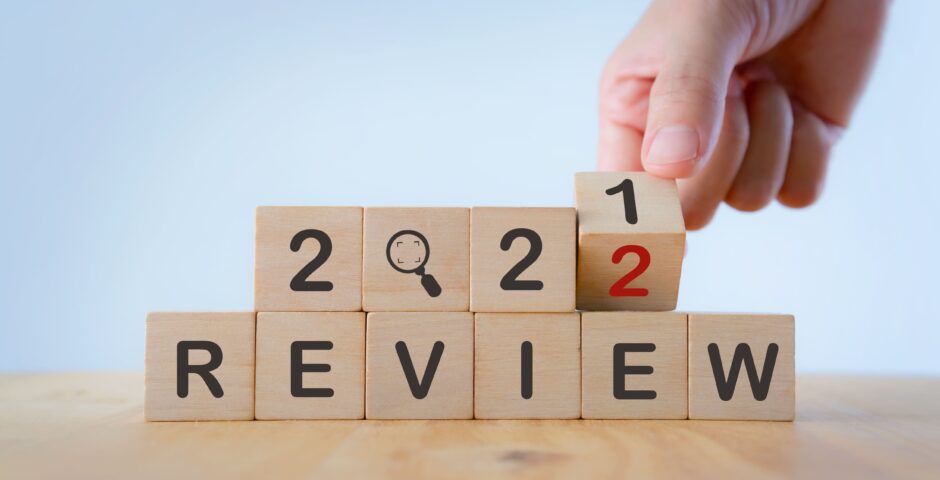 A year worth fighting for